The relevant state departments will introduce policies to stimulate consumption such as going to the countryside and replacing old ones with new ones, and will be announced in recent days.

According to informed sources, this round of â€œcars going to the countrysideâ€ policy was jointly formulated by the Ministry of Industry and Information Technology, the National Development and Reform Commission, the Ministry of Finance and the Ministry of Commerce. The scope and intensity of subsidies will be consistent with the previous round, mainly promoting 1.3L and below displacement. Micro-vehicles enter the rural market, giving farmers 10% of the economic subsidies for car purchases, and up to 5,000 yuan per vehicle.

â€œFrom the beginning of last year, there have been rumours that the car-to-country policy will continue to be implemented. From the actual sales of cars this year, peopleâ€™s enthusiasm for car consumption is not high. And the auto industryâ€™s role in stimulating domestic demand is very significant; in addition, the countryâ€™s The promotion of the transfer of industries to the central and western regions, including the development of the rural market in the mid-western region, does require policy assistance,â€ said Cui Dongshu, deputy secretary-general of the National Passenger Vehicles Association.

Some industry experts analyze that as soon as the New Deal falls to the ground, the use of currency holding will release huge consumption energy and drive the mini vehicle market into a state of excitement. At the time of the new policy, the domestic micro-car industry advocated "microblogging of the people's livelihood," Beijing Automotive Group Co., Ltd. has already taken the lead in the development of the country's new policy. From July 1, if the country introduces the policy of â€œcars going to the countrysideâ€ within 60 days, consumers who buy various models of BAIC Weiwang will meet the conditions for the countryside, even if they do not enjoy state subsidies because of time reasons. Obtained corporate subsidies provided by Beiqi Weiwang. The subsidy of Beiqi Weiwang will also exceed the national regulations by 10%, and the maximum can reach 16%. This rate has also broken the limit of the state's maximum subsidy of 5,000 yuan, providing consumers with greater room for concessions. From July 1 to August 31, this policy will cover all markets across the country.

The insider believes that this move of Beiwang Weiwang will play an exemplary role in the industry, creating a win-win situation for the brand competition and the overall warming of the auto market. Especially in the third and fourth-tier cities and rural markets with the largest demand for micro-customers, Beijing Automobile Co., Ltd. will launch a new policy in advance, which will bring huge benefits to small and medium-sized cities and rural customers, drive the prosperity of rural auto market and the development of rural economy.

As a latecomer to the micro-commercial sector, Beijing Vanguard has been able to have such a great courage to "take the lead in the world," leading the major brands to issue "subsidy for the car" subsidy policy, the most important reason being that the brand always takes " Serving people's livelihood is the biggest appeal point, trying to seek the greatest welfare for consumers. This kind of "welfare" includes real price concessions and is also inseparable from the car's quality.

Beiwang Weiwang, the flagship of the â€œPeople's Livelihoodâ€ micro-passenger, aimed at the third-, fourth-, and rural-market car users at the beginning of R&D, and determined to become a helping hand for the majority of individual practitioners. Its subsidiary, Beiqi Weiwang 306, is the first micro-customer with more than 10 kinds of modified models. It has huge conversion potential and comes from its large internal cargo space, with a maximum of 5.01 cubic meters.

From the performance point of view, Beiqi Weiwang 306 also has been tempered. It adopts a number of domestic leading technologies and strives to create a quality micro-customer that allows consumers to feel at ease, at ease, and at ease. In terms of power, Beiqi Weiwang 306 uses an all-aluminum engine, which not only has strong power, fast speed, high power, and high torque, but also has a lightweight design that is 30% lighter than traditional cast iron engines, resulting in better heat dissipation and engine noise. Also significantly reduced, driving comfort greatly improved.

From the aspect of appearance, the adjustable headlight of Weiwang 306 configuration not only looks stylish and powerful, but also can freely adjust the brightness of headlights, and the brightness is 20% higher than that of the same class. In addition, the use of a mid-sized fly space line adds a European sporty appeal to the overall shape.

During the process of driving the vehicle, the rear windshield of the hatchback vehicle is more likely to cause dust and mud coverage than the sedan, which may affect the safety of driving. Taking this into consideration, the Beiqi Weiwang 306 has installed wipers and spray heads at the rear end. Not only is it convenient, but it also protects driving safety. For micro vehicles, the most likely ones to run are high-speed or national highways. There are more large trucks in these areas. The design of the high brake lights of Beiqi Weiwang 306 can effectively remind the rear vehicles and improve driving safety.

In addition, Beiqi Weiwang 306 also uses aluminum alloy wheels, which are not only beautiful in shape, but also show high grades. They are also sturdy and durable. The most important thing is that it is lighter than the steel rims, more flexible to run, and lighter and more fuel-efficient to drive.

In addition, Beiqi Weiwang also successively launched a series of thanksgiving feedback activities for new and old customers, so that consumers can actually feel the benefits of â€œquantityâ€ without increasing prices. For example, it has formed a strategic partnership with CCTV-7 to intensively cultivate agriculture, rural areas and industries. The â€œBeiqi Weiwang Ploughing Service Seasonâ€ activity helps agricultural cultivation and â€œThousands of people explore the source of qualityâ€ activities, which not only narrows the distance between manufacturers and users, but also allows Users really felt the sense of belonging to the brand created by Beiqi Weiwang 306.

Since it was officially sold in August 2011, with its economy, safety, practicality, and comfort, and several major â€œkillers,â€ Beijing Beiwei Weiwang has passed through the highly competitive auto market and its sales data has been rising, becoming one of the most trusted brands for consumers. It has secured a place in the micro-customer community. This time ahead of its peers, and even lead the country to carry out the â€œautomobile to the countrysideâ€ subsidy policy, will enable Weiwangwang to win the initiative in the new competitive environment, which will help further expand the brand advantage. More importantly, this initiative of Beiqi Weiwang for the benefit of the people will effectively stimulate the recovery of the domestic auto market and will play the strongest voice in the downturn auto market.

Plan ahead and fight for â€œcars going to the countrysideâ€

While the new round of automobile stimulus policies is on its way out, other major car companies in the country are also beginning to â€œshave their fingersâ€. Among them, as the founder of Chinese micro-vehicles in China, FAW Jiabao is also aiming for a new round of â€œNew Dealâ€. As early as in 2009, the â€œcars going to the countrysideâ€ earned them full of pity, and naturally they would not give up this opportunity. Since 2009, they have invested nearly RMB 7 billion in product R&D, production bases, channel construction, team building and other projects. During the 2012 Beijing International Auto Show, FAW launched the Jiabao V70II, which is equipped with rare vehicles of the same class. The EPS electronic steering assisting and cooling and heating dual-system air conditioners catered to the needs for comfortable driving, energy conservation and environmental protection. FAW is ready to usher in another leap-forward development opportunity under the guidance of favorable policies. At the same time, the Great Wall is also preparing for â€œautomobile going to the countrysideâ€. According to data from the Great Wall Motor's quarterly report in 2012, the company achieved operating income of RMB 8.7 billion in the first quarter, a simultaneous increase of 25.57%, and a net profit of RMB 1.09 billion, a year-on-year increase of 14.94%. It is one of the fastest growing companies in the automotive sector, and its pickup trucks will directly benefit from the automobile-to-country and trade-in policies. The Great Wall pickups are mainly Wind Jun and Deere. Wind Jun positioning in the high-end, is the main model in the pickup. As the company's earliest pickup brand, Dir, whether it is the size or the price is lower than Feng Jun, was the winner of the car to the countryside, and the resumption of the â€œcar to the countrysideâ€ will undoubtedly add to the momentum of Great Wall Motors this year.

HDPE or LDPE Flat bag on sheet is with bottom heat sealing. It is an easy packaging option for products or foods.

The bags could be with your LOGO or printing design. The small bags could packed into the color box as a small unit. And the large size could be packed in 10 pieces or 20 pieces as one pack, this quantity depends on requirement. The width range of the bags is from 180 mm to 1000 mm.

Strong sealing and good material give the bags water-proof, dust resistance and tear resistance, it is a good choice for taking our flat bags on sheet for packaging. 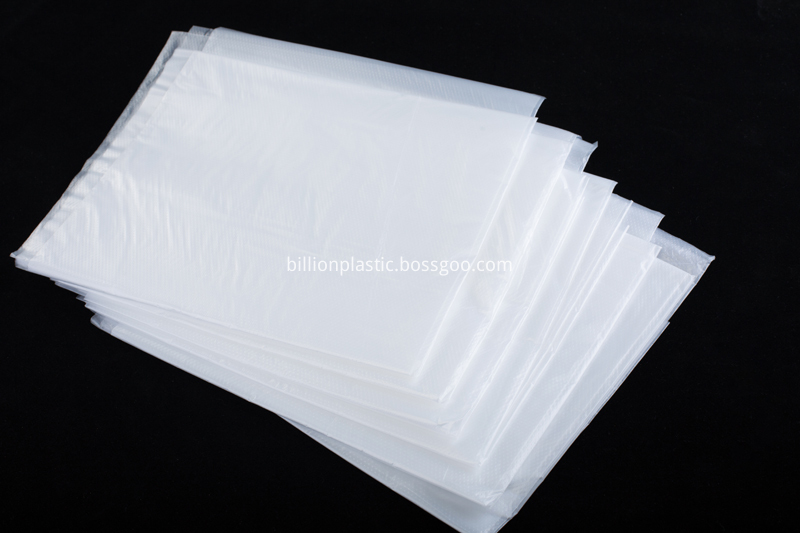