The eyes are the windows of the human mind. For cars, the headlights are like human eyes. Bright eyes allow us to receive more clear image information. Good headlights can improve night driving safety and make it easier for drivers to drive at night. However, due to the production cost and other reasons, many of the current models use a relatively conventional halogen-free headlight with no lens design. There is a significant gap between the performance of headlights and xenon headlamps and even LED light headlights. .

Based on the owners' dissatisfaction with the performance of the original lights, the modified headlights have naturally become a popular refitting project in the refitting market, but the knowledge and points involved are not known to most people. The wrong modification and use will not only fail to achieve the desired results, but will also harm others. Today, we will talk about what we should know and pay attention to when we modify the headlights.

First of all, our most common case of halogen lamp retrofitting xenon lamps is because the lighting principle of the lamps using halogen bulbs is the same as the bulbs used in our homes, relying on tungsten to emit light, but it is limited to tungsten. The wire itself can not withstand the high temperature, taking into account its melting point, so most of the original light bulbs are also set at 60W, and 60W light bulbs can only send 1000 lumens, if converted into 100W light bulbs, at most it is 1200 lumens ! To improve its lumens, it is time to update new luminous materials! However, it is limited to the limitations of the electrical system of the automobile itself. If the wattage of the bulb is increased, it will bring a lot of negative impact to the automobile! The emergence of xenon headlamps solves the problem of insufficient headlight brightness. The brightness of more than 3,000 lumens makes the illumination much higher than traditional halogen headlights.

â˜† Tips: What is the degree of lumens?

Xenon headlamps differ from traditional halogen lamps in that they emit light by means of an inert gas. They are also called high-intensity discharge gas lamps, which are abbreviated as HID (Intensity Discharge Lamp). The xenon lamp broke the principle of tungsten filament invented by Edison. The quartz lamp was filled with high-pressure inert gas, Xenon, to replace the traditional filament. There were mercury and carbon compounds on the two electrodes, and 23000 through the stabilizer. The high-voltage volt current stimulates the glow of the xenon and forms a white arc between the two poles. The color temperature of the emitted light is high.

PS: Although the xenon headlamps have been popular on the market for many years, many friends still read the words â€œShaÄnâ€.

Due to different working principles, the basic assembly of xenon headlamps includes: light bulbs, stabilizers, and supporting wire sets. The light bulb naturally does not need to be explained, is the main unit of light, the color temperature and brightness all depend on it. The stabilizer is a device that provides instantaneous high voltage of 23000V when the light bulb is driven. It also has the function of overloading the protection circuit and controlling the driving current. At present, the quality of many cottages or small factories in China is uneven, and problems often appear on stabilizers. The lines of xenon lamp products with unqualified quality can also cause vehicle safety hazards. Incorrect installation or use of inferior products can cause problems. Vehicle self-ignition accident. Therefore, in addition to lighting effects in the conversion, the quality and installation of the entire xenon headlamps are very important.

The bulbs of the xenon headlights differ from the original halogen bulbs in terms of their appearance, and the spotlight will change accordingly. After the xenon bulbs are retrofitted, the original light bowls cannot be efficiently focused, so the light usually appears. Scattering state, in simple terms, is not seen in the car, very harsh outside the car, not only did not get the results they deserve, but on the night caused a safety hazard, and the lens is a powerful weapon to solve this problem.

The xenon lamp has high light intensity and the light scattering area is very large. If you do not install the lens, then all light is scattered around, whether it is lighting or security is a problem (for the absolute car is the absolute killer). After installing the lens, the light can be controlled, making the light shape and directivity more controllable. In addition, the lens is also divided into a single light lens and a double light lens. Inside the single-lens lens, there are respectively a lens corresponding to the near and far light (a separate light bulb is used for the far and near light). The difference between the two-lens lens is that it can be used for similar far and near light conversion, which is usually a near light state. When the high beam is turned on at the same time, it is operated by the electromagnetic mechanism to change the light film, so that the light of the low beam is also allocated to the high beam light.

â˜† Tips for Using Xenon Lights: For X-Ray, the friend who also uses xenon headlights is one thing that needs extra attention. That is, when the xenon lamp is not working (in the case of not driving the lights during the day), do not use the high beam in rapid succession. Lights (many people have such habits when overtaking or prompting other vehicle pedestrians to pay attention), this not only can not play the brightness of the xenon lamp should be, because the light stabilizer into the normal working state at least takes a few seconds of the process, This long-term operation will lead to reimbursement of the stabilizers in the xenon headlamps in advance.

In addition, currently on the market is still popular with a kind of modified bulb known as the Golden Eye, several common brands such as Philips, Osram, etc. have also introduced the golden eye in the form of halogen and xenon lamp, halogen lamp is plated on the white glass bulb A golden layer of material, the light will show a golden yellow light, xenon lamp is to change the color of the light by changing the electrode effect, it is called the golden eye. This kind of light has a good penetrating power in fog and can make the light shine farther, but it is usually more dazzling. It is recommended to use it as a fog light or high beam light.

In addition to the car's headlights more bright and easy to use, personalized conversion is currently the most popular car lights modification project, I believe that pay attention to the appearance of modified friends must be angel eyes, LED width lights is no stranger, compared to the light headlight conversion Lighting decoration that plays a decorative role has become a very popular modification project in the current domestic modification market.

The folks say that if you install a lens and you don't have an angel, you can't hold yourself. This thing is like a finishing touch. If you don't add it, it's like a woman who doesn't wear make-up (perhaps the US pupil is more appropriate). The pupil's charm! Although somewhat exaggerated, it is enough to prove the popularity of angel eyes.

In fact, the so-called angel eye is a unique headlight design for BMW brand models. The yellow or other colors of the halo formed by the LED lights around the headlights of the low beam and the high beam are beautiful under wide-light conditions. Originally from the BMW 5 Series headlight design, when the headlights were turned on, the BMW headlights would have a halo. This aura resembled the halo of an angel's head, so many users gave her a nickname: Angel Eye.

When it comes to angels' eyes, they have to mention the newly emerged demon eyes. In fact, the devil eyes and angel eyes have similar light sources and structures, but they are installed in the lens to achieve different visual effects. In the final analysis, the angel eye modification is nothing more than the vehicle's personalized appearance of decorative parts, in the modification we should pay attention to product quality and installation links, all related to the vehicle circuit modification products must not be hastily, so as not to bring security due to small loss Hidden danger. At present, the quality of the modified angel eye is uneven, many owners are encountered after the conversion of the burned case, and repair and installation of the lampshade needs to be dismantled, relatively cumbersome, and the technician's craft will also directly affect the final the quality of.

In recent years, LED technology has been used as headlights by Audi, Lexus and other brands, but due to the constraints of technology and cost factors, LED lighting is only modified as a personalized decorative headlight in the retrofit market (compared with headlight modification and tail lamp use. For a wide range). When it comes to automotive LED lights, the most representative one is the Audi brand. In recent years, Audi has been committed to the development of LED light source technology. Currently, LED has been used in conjunction with its production models (R8, A8, etc.). But compared to the expensive LED headlights used in the Audi A8, the current modified products do not have so many high-tech smart technologies, and the decorative effect has naturally become the main purpose of the modified LED. The modification of the domestic LED is just as applicable as the angel eye headlights. In various models, LED light source differs in more widely applicable characteristics, such as fog lamp decoration, logo decoration, taillights, interior lights and the like.

â˜† Pay attention to the brand and quality of the modified headlights:

At present, there are a large variety of retrofit parts for car headlamps, and the price difference is huge. Fish headlights, especially car headlights, are directly related to the personal safety of driving at night, so special care must be taken. The more common halogen bulbs, from a pair of 30 yuan to a pair of 400 yuan, not only bad light bulbs not only low brightness, but also may burn out the circuit. In terms of HID xenon headlamps, the price difference between different brands is also very obvious. As the HID xenon headlamps are a very complex process and technical spare parts, bad HIDs often have short life spans, and the stabilizers and light bulbs are very easy to burn. Bad, and the color temperature brightness and scattering angle often do not meet the requirements, so it is best to choose a certain well-known Dachang products, such as Osram, Hella, Philips, Xiaoyu (mÃ¬), etc., in order to avoid petty losses.

â˜† Refit headlights must be based on safety

Some owners who have changed HID lights will often cause resentment from passers-by. On the one hand, some people have chosen a HID with a high color temperature and a blueish color because they are more cool, and then this blue light will particularly stimulate the passers-by and drivers. The eyes, not only unpleasant, but also affect the safety; On the other hand, many owners do not pay attention to the rules of using lights at night, such as the wrong car when driving high beam, random flashing lights, and so on. In fact, there are many overseas regulations and restrictions on car headlights, especially xenon headlamps, which have clear specifications for color temperature, brightness, and angle. Although the current domestic laws and regulations are not yet complete, we should also select the modified HID that meets overseas security regulations. These regulations are based on the bottom line requirements for safe driving. We must not make jokes about our lives. 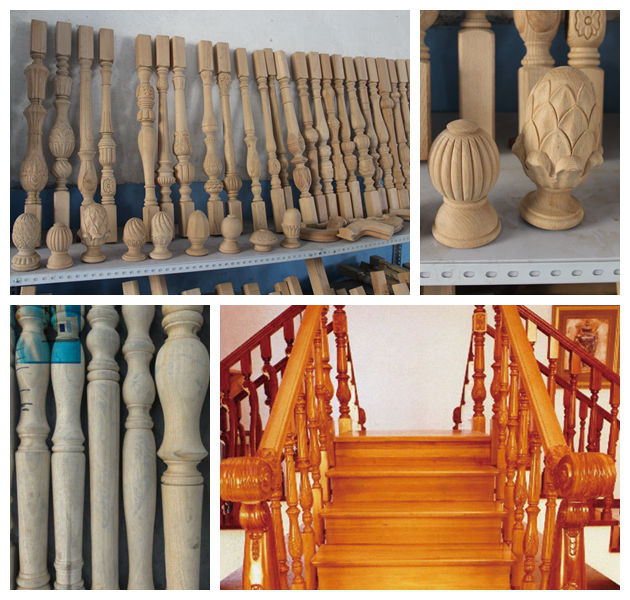