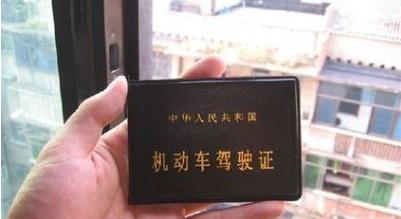 In the new year, the driverâ€™s exam began to â€œchangeâ€ in the new rules that are known as â€œthe strictest in historyâ€. Unlike the previous driver's license exams, the new driving test is not the first to usher in a driving school to improve teaching methods, but the training fee has soared, the highest increase has exceeded 50%. Since the implementation of the new driving test in Shanghai, the cost of car learning has exceeded 7,000 yuan, and Beijing's driver training fees have generally crossed the 5,000 mark. The price increase is staggering.

Before the implementation of the new driving test was passed, the driver training in many places fell into the embarrassment of the increase in training fees.

Price increase in Shanghai exceeded 7,000 yuan in Beijing over 5,000 yuan

Starting from this year, the revised "Regulations on the Application and Use of Motor Vehicle Driving Licenses" has been implemented, and the new "Outline for the Teaching and Examination of Motor Vehicle Driving Training" has been officially implemented. Simultaneously with the simplification of the training program, the new driving test puts forward new requirements for the regulation theory, practical operation, and civilized driving habits. The new driving test first ushered in the "buzz up" of training fees, and some gains could be called "outrageous."

Shanghai is one of the cities with the highest quoted prices for driver training in China. Since the introduction of the new driving test, the cost of car learning has exceeded 7,000 yuan, and the highest offer has even reached 7,500 yuan. From November to December last year, driving prices were generally around 4,500 to 5,000 yuan.

In fact, in recent years, driving schools around the country have â€œhad not been able to raise pricesâ€. This is not news. If there are signs of trouble, we must take the opportunity to raise prices. For instance, in 2010, Beijing will increase the number of driving licenses by 7 hours to improve the difficulty of examinations. The number of driving school tuition increases. In 2011, some driving schools in Shanghai aimed at a large number of people from other provinces and cities to come to Shanghai to learn the "business opportunities" of cars, and arbitrarily increased the prices of non-Shanghai students.

â€œThe examination process has changed, requirements have been increased, difficulties have increased, and the cost of driving a school has increased.â€ Anonymous Shanghai driving and pliers insiders told reporters, â€œOnly the price increases will make up for it.â€

However, there are also industry insiders frankly saying that the monopoly and dominance of the driving school is also very obvious, and the cost is not transparent, and it is inevitable that there is suspicion of collusive price increases and driving up prices.

Driving school: the difficulty of the examination increases the training cost. â€œMore than 100 students who passed the exam on the 9th have only 40% pass rates. A low pass rate will definitely lead to an increase in the cost of our training.â€ said Fang Wei, principal of the Changsha Electromechanical Driving School. After the examination of the new rules and examination outlines, the low pass rate of trainees means that the training time must be lengthened in the future, and the time and distance for trainees to train must also be increased. This will increase the training cost accordingly. â€œAn analogy, before With a coach, we can train 10 trainees a month, but now we may only train about 5 trainees. The training period will be longer and the training cost will definitely increase.â€ Fang Wei said that as a driver training institution, Survival must have a reasonable price space. In the case of relatively large cost increases, if training costs do not increase, it will be difficult for the driving and training institutions to survive.

In this regard, Tan Zuyi, the headmaster of Changsha Xiangyu Driving School, also believes that although driving tuition fees are the guiding price of the government, driving training now is a kind of market behavior. It is also unrealistic for the training organization to lose money for training. Tan Zuyi said that taking C as an example, the majority of Changsha's driving and training institutions now have more than 3,000 tuition fees. This standard is far lower than Beijing, Shanghai and Guangzhou. "If the driver training organization can not afford the cost, it will certainly submit a report on the increase in tuition fees. Of course, the final tuition fees must be approved by the price department."